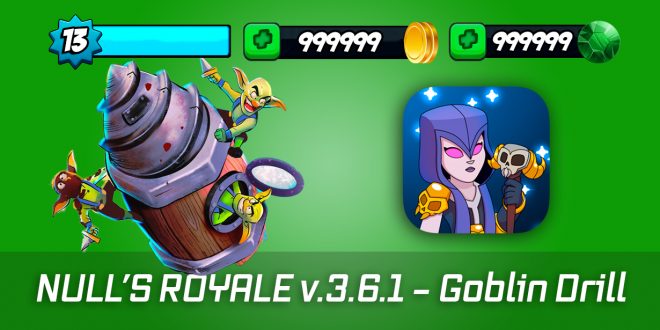 An update of the Null’s Royale private server was updated under version 3.6.1, with the new season and the “Goblin Drill” card.

Many have already been updated, as they are signed on our telegrams channel, where new versions and news go faster. This time, the update is not so large-scale, but the Null’s Team does not have to relax. 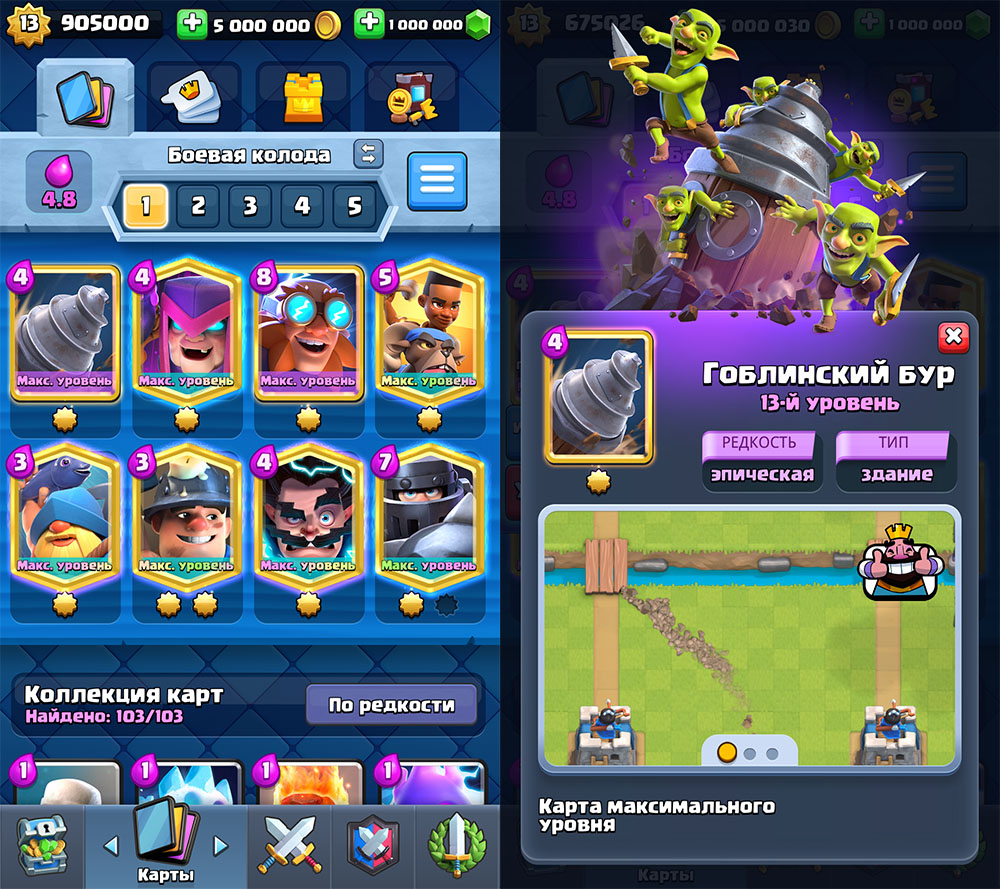 In this update, a new epic map of the Goblin Drill appeared. Powerful and interesting card, which will play interesting battles. The advantage of our server is a complete simulation of the game without restrictions. At the moment, all kinds of cards are available in the game that can be improved to the maximum level and even get stellar levels. At the moment, many cards can be obtained as in the chests from the store, also through the command in the clan chat. For example, the “/unlock” command unlocks the cards, and the “/max” command will improve to the maximum level. 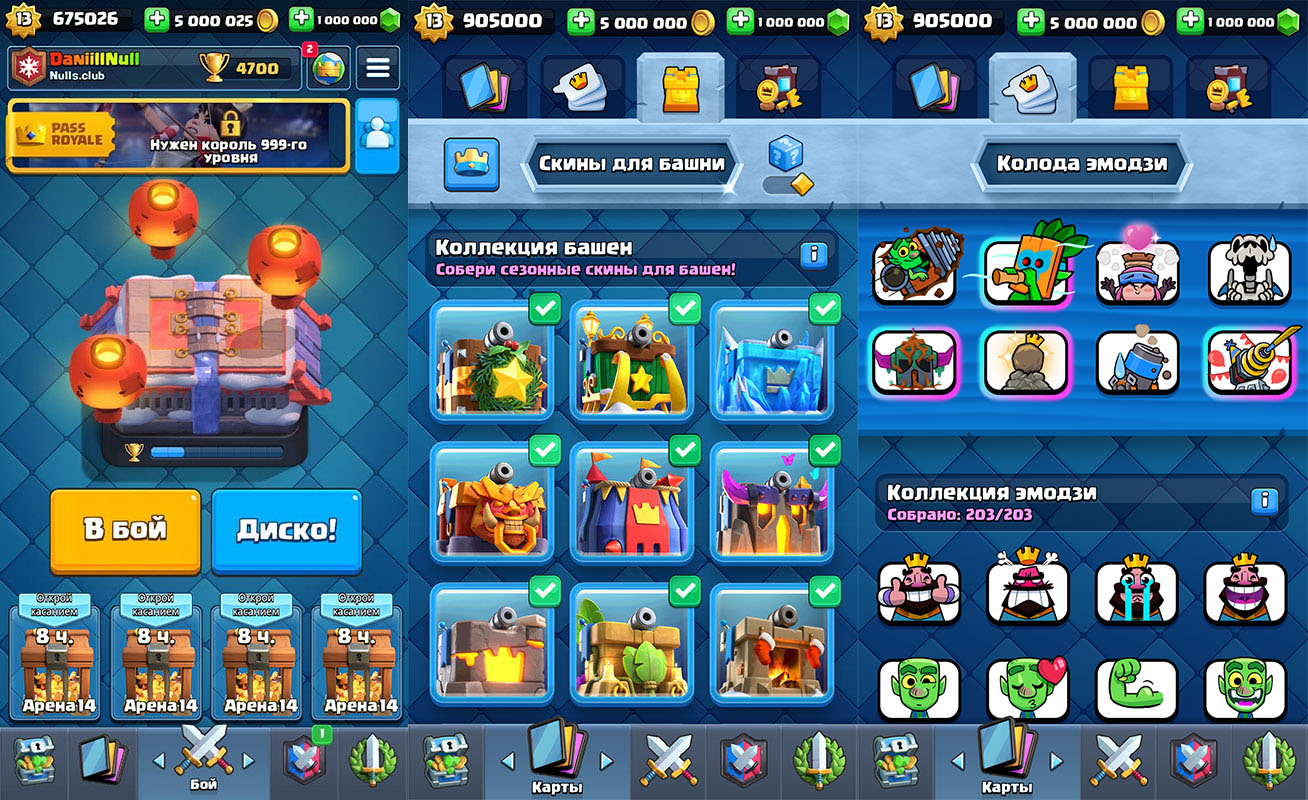 On this, the new content does not end, as 2 new arenas at 4200 and 4600 trophies appeared at once. Also with the new season, new tower skins and emote appeared, they have already been added to the installation file. In the previous update, we managed to add all the content to the game files, and now the cards, skins and emote do not load separately, as they are already sewn into the game. Thus, it was possible to reduce the load on the server, which gives us an increase to productivity and a decrease in bugs.

* Next, you will move to another page, where the latest versions of our servers are always located.